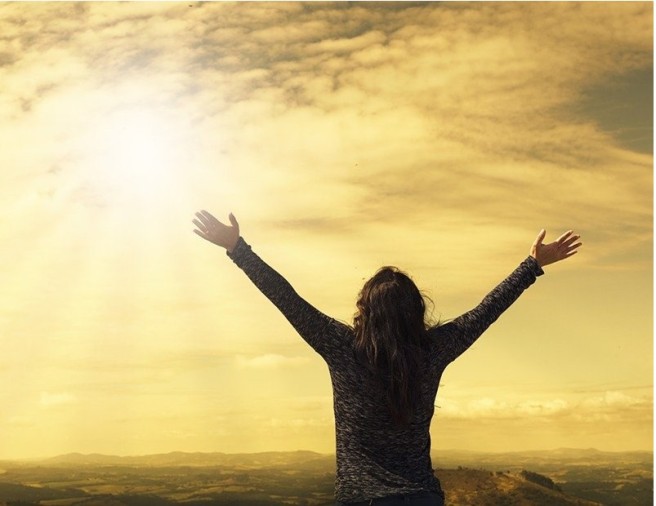 I have nothing to say.
Usually, when I write my blog, I am bursting with an idea.
A truth that God has laid on my heart to share.
A funny story that has a spiritual application.
Or a piece of Scripture that is resonating in my heart.

Today, I have no one thing that is just leaping out of my brain and on to the page.
But I do have one idea that I am holding on to for dear life.
That, no matter what my circumstances look like today, it is the day before.

I initially wrote this blog in January of 2016. I modified it slightly today. But it still holds true. I need to live EVERY day like it is “The Day Before”.

The day before God showed up in a burning bush Moses had done the same thing he did for 40 years – keep sheep in the wilderness.

The day before David was anointed to be the next King of Israel he was just a boy, out in the fields, tending the sheep.

The day before he killed Goliath he was just the kid brother sent by his father to check on the older boys at war.

The day before Mary found out she was to be the mother of God she was just a girl dreaming of her new life with her fiancé.

The day before Jesus was crucified the disciples thought it was going to be another Passover like the decades of Passovers they had celebrated before.

The day before Jesus rose the disciples were grief stricken and shocked, just as they had been since Thursday night.

The day before Jesus returns will be just like any other – shopping, eating, drinking, working out, going to work – and then it will all be over.

God is the God of surprise, and of the miraculous intervention!
When His time is right, nothing can stop the forward movement of what He intends to do.
His plans cannot be thwarted.
The question is, am I on board with God?
In step with God?

Because I have the freedom to make the choice to not follow, not believe, not love, not seek God.
The day before David seduced Bathsheba, he was a bored king in an empty palace because he had sent men to war instead of going himself.

The day before Cain killed Abel, he was a jealous older brother, bothered by the fact that God had not accepted his offering.

The day before Moses struck the rock instead of speaking to it he was a weary leader, frustrated by the constant unbelief and complaining of his people.

The day before Peter denied ever knowing Jesus, he was a cocky, self-sure man, certain of his own faithfulness.

The day before Aaron made the golden calf for the people to worship, he was a worried older brother, wondering what was taking Moses so long on the mountain.

So today may be an “ordinary” day.
Or as ordinary as days get in these extraordinary days.

But it is a day where I must choose one way or the other.
Just like I MUST choose every day. Regardless of my circumstances.  How the world has changed.  How I feel.  Those things do not matter.  What matters is what I choose today.

Do I live today full out for God, expectant about the ways He is going to work, fully trusting Him, eager to obey?

Do I live today saturated in God’s Word and prayer so that I will know the lies of the enemy when I hear them?

Do I live today with my eyes and ears wide open to the spiritual realities around me – knowing that everything – COVID-19, hunger, poverty, politics, race relations, all of my relationships – they are all spiritual battles first before they are anything else?

Do I live today committed to obedience, to keeping short accounts with God?

Or do I live today in apathy?

Not praying because I haven’t seen God do what I think He should do?

Not loving others because they don’t behave as I want them to behave?

Not working on behalf of others because of my own self-centeredness?

Not believing because what I need feels impossible?

Not trusting because I am allowing sin to have free reign?

Worrying because I don’t believe God are in control?

Allowing my emotions to run the day rather than Truth?

Following my heart rather than God’s Word?

Feeding a bad attitude because of an injustice rather than forgiving as God forgave?

Believing I know better than God do what is best in my life?

Dragging my feet in obedience or rushing ahead of God because God seem to not be listening?

You see, today is the day before.

So how will I live THIS day? Because, after all, it is STILL the day before.