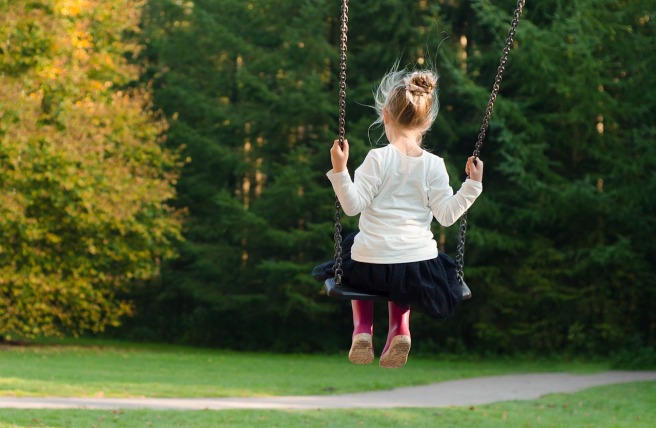 After talking with this little girl, it was obvious that she had a pretty terrible father.
She didn’t say that.
In fact, she was very complimentary towards him.
She said he was very good to her, very kind.

She kept talking about her fears
She wondered if her Dad would actually have enough money to take care of her needs.
And if he would be able to take care of his responsibilities.
She was concerned that he would forget about her since she was part of a large family.
And she obviously didn’t care for his advice about her life since she was fretting over her choices like she had no guidance.

She said her Dad was good.
But after listening to her, there is no way that could be true.
—

That little girl is me.
With my Heavenly Father.

That was my “Aha!” moment this week:
When I worry, I am representing My Good, Good Father to the world as a terrible, awful Dad.

Saying, “God is big”.
And acting like He is not big enough.

Saying, “God will provide.”
And then spending time and energy trying to figure out how I will fix it.

Saying, “God’s got this.”
And then rushing to micro-manage the circumstances – at least in my head.

Saying, “God, I trust You.”
And then allowing my stomach to churn as I bite my nails and quake in my boots.

Jesus told the disciples “Do not LET your hearts be troubled.”
Paul said, “Do NOT be anxious about ANYTHING.”
Jesus said, “DO NOT WORRY.”

It is a choice.

I have a proven track record of His goodness.
First in His Word.
Then in the history of His people.
And finally, in my own history.

And yet I choose worry.
Choose to try to control it all.
Choose to spend time chasing how I will solve it.
How foolish!
And how badly I represent my Dad when I do.

How much better would it be – and how much better off would I be – if I simply told Him about it all.
Dumped it all, turning it over to His big hands. His capable arms. His enormous capacity.
Letting it go.
And then doing the same thing the next time that thought jumps into my brain.
Every time.
Until it finally lets go of me. And I finally let go of it.

That little girl would look a whole lot more like her Dad if I did that.
And I am sure the world would see the family resemblance and want to know more about it.
Because I would be representing my Dad accurately.
Who He is.
And all I have in Him.

Forgive me, Abba Father, for so badly representing You to the world when I worry. Help me to take every thought captive to You. You deserve my worship, not my worry. Amen.